Located on the historic Rondout waterfront, the Hudson River Maritime Museum was established in 1979 and is dedicated to the preservation and interpretation of the maritime history of the Hudson River, its tributaries, and related industries.

The maritime heritage of the Hudson River encompasses industries such as ice harvesting, brick making, boat building, blue stone quarrying, cement making, coal transport, and crushed stone. The steam era of transportation, which stimulated the growth of these various industries on the Hudson River, is emphasized, and the 19th and 20th centuries are the primary time periods interpreted. 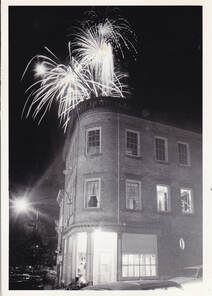 Originally located in a storefront on the corner of Spring Street and Broadway, the museum moved down to the former Miron Lumber Company offices on what was then East Strand Street along the Rondout Creek in 1983, the same year it acquired the historic 1898 steam tugboat Mathilda, which sits in the museum yard.

In 2012, the museum partnered with Clearwater to build the Kingston Home Port and Education Center, also known as "The Barn", on the west end of the museum's property to serve as a winter Home Port for Clearwater and summer program and event space for the museum. In 2015, the museum purchased the former Rosita's Restaurant property (just east of the museum) and transformed it into the Wooden Boat School. In August, 2017, the Sailing & Rowing School offered its first youth sailing program, with one week of youth and one week of teen sailing instruction on the museum's fleet of 19' Lightnings. It has quickly expanded to include adult and youth sailing programs. Today, the museum features annual exhibits, free public events, educational programs for adults and children alike, continually updated and improved by both staff and volunteers. ​