COVID-19 & Our Campus
To learn about how COVID-19 has affected our campus and the changes we have made, read the statement on our homepage at www.hrmm.org. 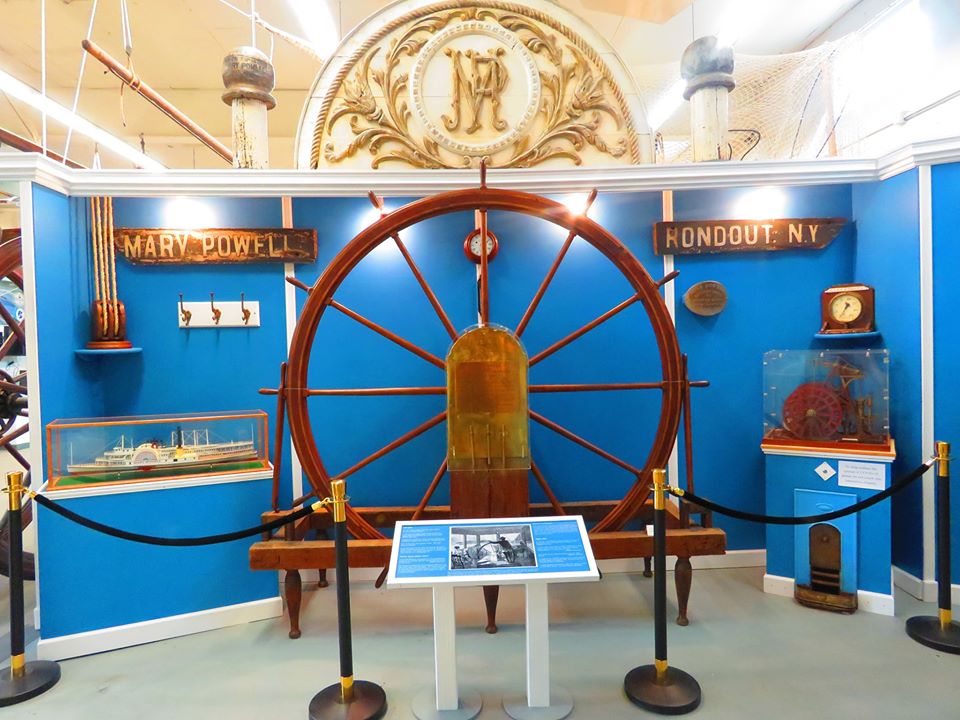 Built in 1861, decommissioned in 1917, and scrapped between 1919 and 1921, the Mary Powell remained a Hudson Valley constant during a period of incredible social and technological change in the United States. She saw the duration of the Civil War, the industrial revolution, the Gilded Age and Progressive Era, and the start of the First World War. Called “Queen of the Hudson” before construction was even completed, the Mary Powell became an iconic symbol of “America’s Rhine.” Operated for most of her career by one enterprising family - the Andersons - Mary Powell also represented the best of Hudson River travel - the speed, elegance, safety, and attention to detail that made travel by water preferable for many throughout the 19th and early 20th centuries.

This exhibit reunites many of the surviving Mary Powell artifacts, including her pilot wheel, on loan from Senate House State Historic Site. Learn more about the exhibit and check out the online companion exhibit on our website.

2019: Rescuing the River:
​50 Years of Environmental Activism on the Hudson 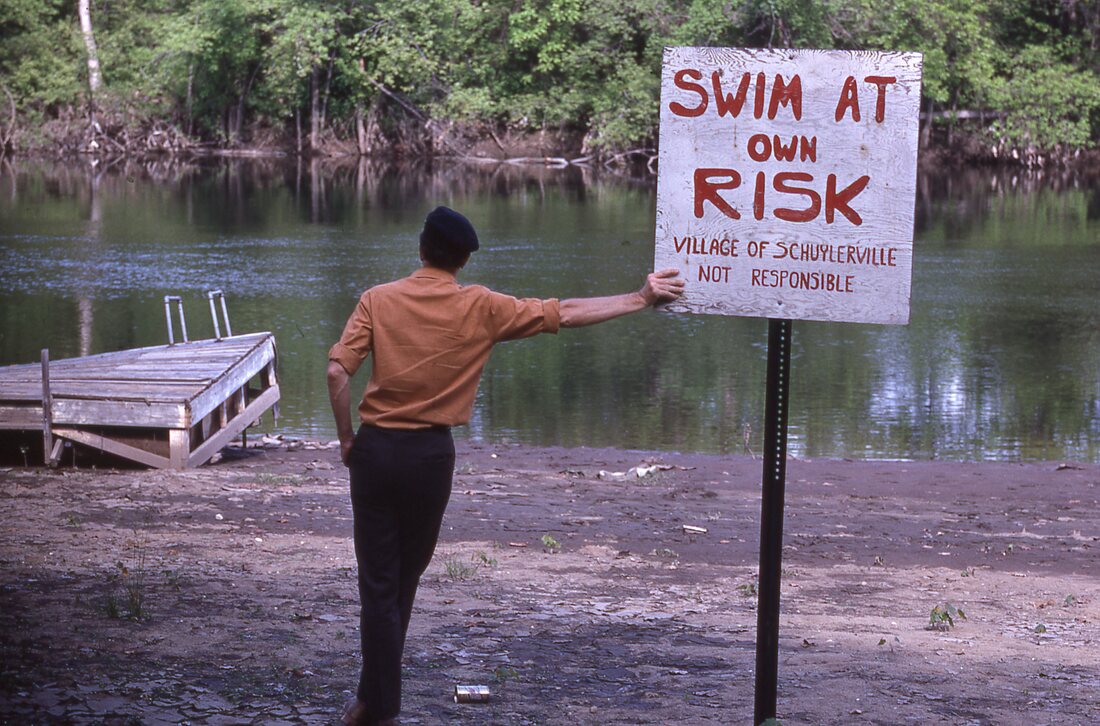 This exhibit features a short documentary film of interviews with people involved in the movement and a companion online exhibit, accessible through touch-screen kiosk in the exhibit.
View the online exhibit
"Rescuing the River" was also supported by:

2018: The Hudson River and Its Canals:
​Building the Empire State 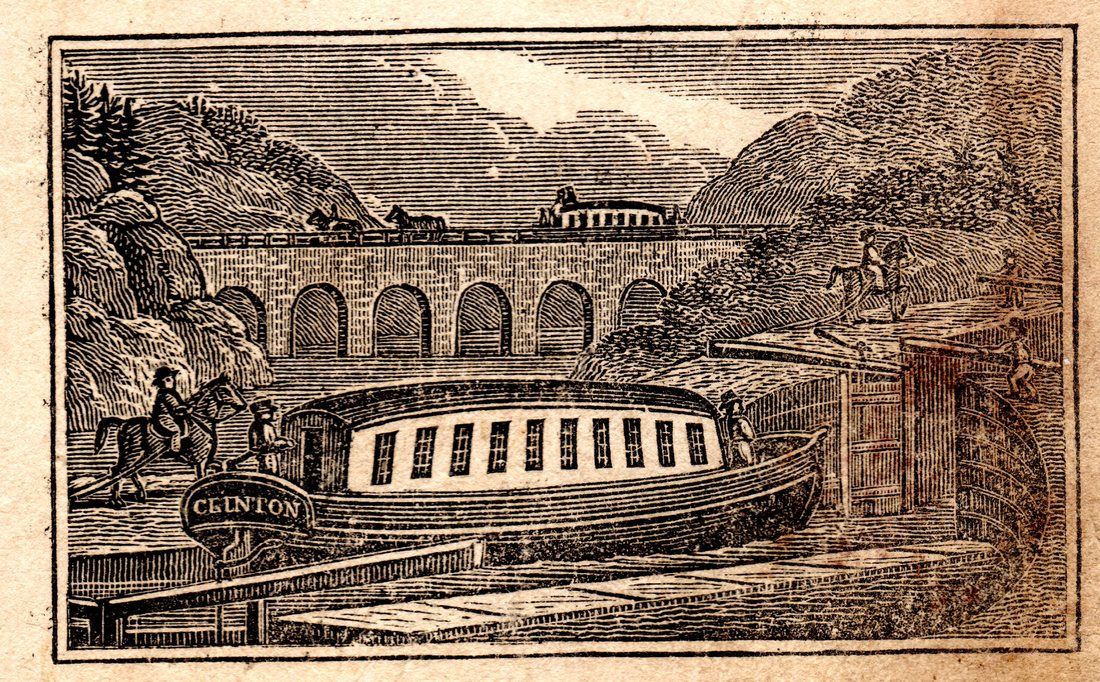 From 1817 to 1828, the construction and opening of three major canals: the Champlain Canal (1823), Erie Canal (1825), and Delaware & Hudson Canal (1828) - forever changed the face and fortune of New York State. These three artificial waterways connected the water highway of the Hudson River to Lake Champlain and Vermont, Lake Erie and the American Midwest, and to the coalfields of Honesdale, Pennsylvania. An engineering feat that defined a new nation in the eyes of the world, these three canals helped jump-start the industrial revolution and facilitated the expansion and goods, people, and ideas throughout the nation.

This exhibit features several hands-on activities, including an interactive model of the canals and locks, as well as a reconstructed interior of a barge family cabin, complete with audio and video throughout the exhibit. 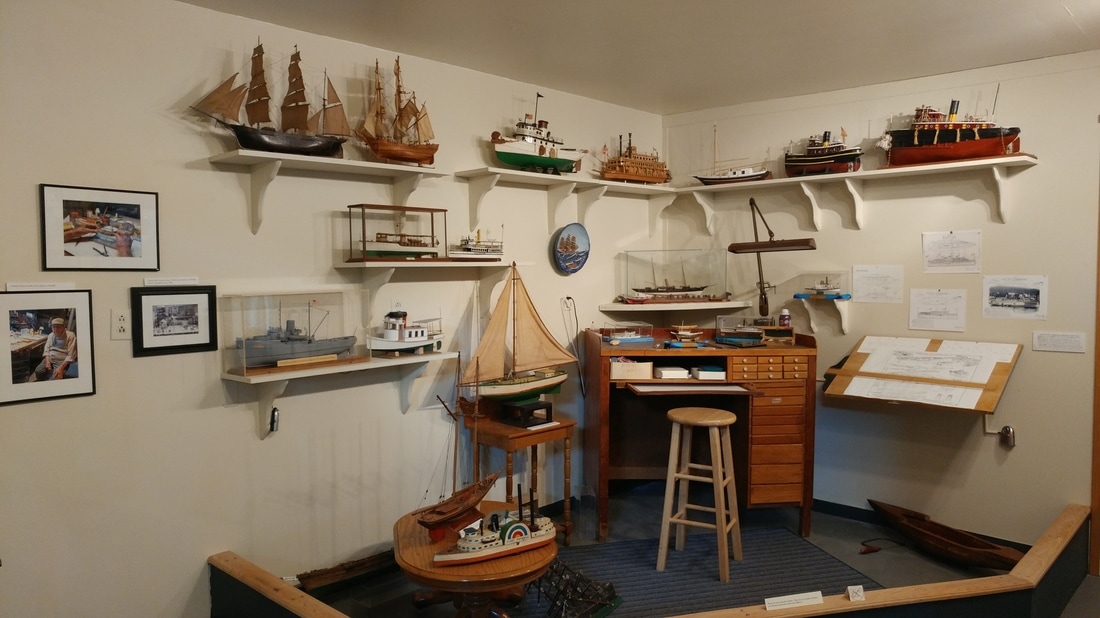 Charlie Niles was a longtime supporter of the museum and over the years he donated a number of his tiny models of Hudson River Boats. A retired jeweler and watchmaker, Charlie made models as a hobby. When he sadly passed away at the age of 93 in 2015, his family generously donated the remainder of his model collection as well as his work desk to the museum. We have now recreated his workshop in the "Charlie Niles Model Shop," which also features open storage of the many models in the museum's collection. This installation will become part of our permanent exhibit in the East Gallery.

The semi-permanent exhibits in our large East Gallery include: 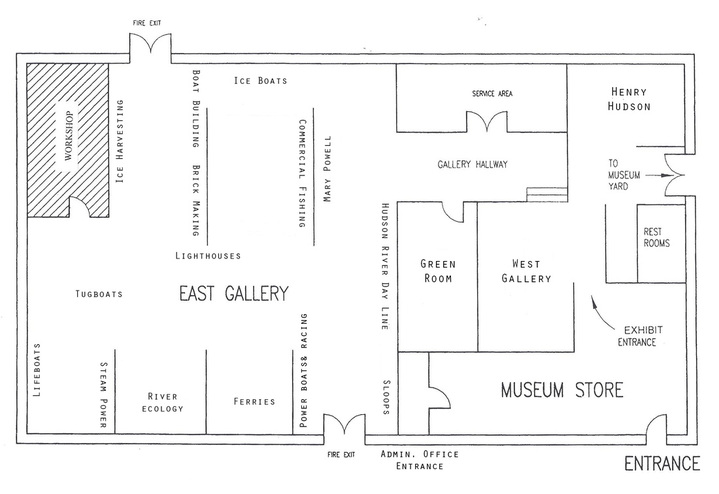