The Hudson River Maritime Museum Board of Trustees leads the museum's governance practices. Volunteer members ensure programs provide exceptional value to residents and visitors now and into the future.

Officers​
Board Members
​To contact a board member, please use our contact page to speak to the Executive Director.

Think you can help HRMM continue to provide exceptional value for the public? We are seeking applications for new members of the Board of Trustees. Learn more about the board experience in the Board Prospectus. Ready to apply? Complete an Application and return it to us along with your resume.  Positions are open until filled. 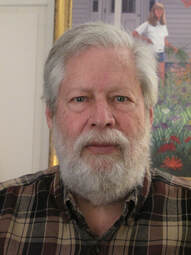 Allan Bowdery retired from a career as a maritime lawyer in NYC. He is a graduate of Columbia College, Columbia University and New York Law School. He continues to act as an arbitrator in maritime disputes. He has been an officer on various not-for-profit boards. For HRMM he has been President, 1st Vice President, 2nd Vice President, and Treasurer. He lives with his wife in New Paltz. Allan enjoys cooking, reading mystery books, birding, gardening, and dealing with an almost 200 year old house. 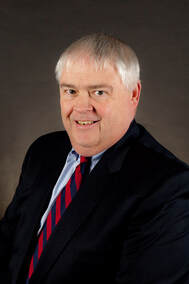 Robert L. Burhans is currently a consultant in health emergency management including the preparedness, response and recovery from health emergencies. Immediately after 9/11, he was appointed to serve as the first Director of Health Emergency Preparedness for the New York State Department of Health (NYSDOH). With 34 years of public health experience at both the state and local level, Mr. Burhans led the state’s Office of Health Emergency Preparedness, which coordinated NYSDOH’s comprehensive all-hazards preparedness and response activities, including integrating local health departments and the state’s health care system in readiness and response activities. Mr. Burhans earned a B.A. in Biological Science from the State University of New York, New Paltz, and has completed graduate level coursework at the Nelson A. Rockefeller School of Public Administration and the State University of New York (SUNY) at Albany School of Public Health. He is a graduate of the SUNY Albany School of Public Health’s Northeast Public Health Leadership Institute and has completed the National Preparedness Leadership Initiative at Harvard University’s John F. Kennedy School of Government and School of Public Health.

L. David Eaton is currently the Vice President of Enrollment Management at the State University of New York at New Paltz.  He received his Bachelor’s degree in Philosophy his Master’s degree in Public Administration from Northern Michigan University in Marquette, Michigan.  He continued graduate study and research at the Rockefeller School of Public Affairs in Albany. Mr. Eaton has been involved in higher education administration for 40 years.  As Vice President of Enrollment Management, he has been the principal architect of New Paltz’s new student recruitment and marketing strategies that have resulted in unprecedented growth in the popularity and selectivity of New Paltz’s undergraduate programs.  He has led the institution’s efforts to establish a comprehensive and strategic integrated brand marketing strategy for the campus. Additionally, Mr. Eaton has been involved with the development of overseas programs and exchange agreements with universities and colleges in England, Germany, Sweden, Greece, the Czech Republic, and China. David Eaton is an avid outdoorsman, boater, cyclist, Alpine skier, a musician, and the father of three children; all of whom, to his relief, have successfully completed one or more university degrees and are gainfully employed in the profession of their choice.

Brian L. Johnson is retired from Citigroup, were he spent 24 years in various financial roles, most recently on the distressed debt trading desk, where he was responsible for overseeing significant principal risk positions, as well as serving on creditor committees and participating in debt restructurings. Brian was previously the Head of Bank Loan Research at Salomon Smith Barney, and the Head of High Yield Bond Research at Citicorp Securities. Brian graduated from the University of Rochester with a B.A. in Economics, and from Columbia University Graduate School of Business with an M.B.A. in Finance. Brian grew up in Kingston, NY, where his family was active in the local community, and currently resides in Staatsburg, NY and New York City. Brian enjoys getting out on his sailboat on the Hudson River, as well as cruising in Maine during the summer.

​Russel Lange had a 35 year career with IBM working in semiconductor technology. During his work at IBM he was named an IBM Fellow, IBM’s highest technical honor. He retired in 2002 as Vice President of Technology. In retirement he continued to consult for IBM part time on strategic issues.

He has a passion for local history and has lectured, often partnering with his wife, Allynne, on 19th and 20th century industrial history.  Allynne is Curator Emeritus at the Hudson River Maritime Museum, and together they have produced over 20 exhibits on local history for HRMM, The Historical Society of Newburgh Bay and the Highlands, the D&H Canal Museum and IBM. He has served as President of the Newburgh Historical Society, and as Executive Director of the Hudson River Maritime Museum 2006-2016, overseeing a period of recovery and growth.  Russ is currently working on a two year project with a team to create an exhibit at HRMM: “Warning Signs: Climate Change in the Hudson Valley.”

Through his work researching local history, particularly the history of Newburgh and Hudson Valley Industry, he has sought to gain a deeper understanding of the economic transitions that have affected our region. He and his wife Allynne live in Newburgh, New York and have raised two sons, Nate and Tom. 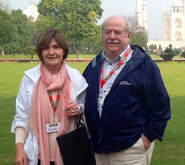 Frank Marcigliano graduated from St. John’s University School of Law and worked as a maritime lawyer specializing in maritime insurance and transportation. He served on the planning board of the Town of Hyde Park as well as in the Peace Corps in India where he built wells and canals to expand access to fresh water. Frank enjoys being involved in the museum’s Boat Building School and is an ardent supporter of its woodworking classes which teach youth the art of building boats. Each year he looks forward to the school’s lineup of classes and seminars. Frank is co-chair of the board’s Education Committee. He lives in Rhinebeck and enjoys spending time in Kingston’s Rondout region where he can explore old buildings. Frank grew up in New York City and has lived in the Hudson Valley for over 20 years. 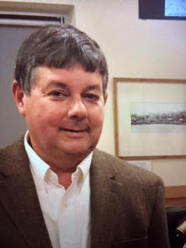 Mark Peckham is a lifelong maritime history enthusiast who lives with his wife Shauna in the historic Hudson River hamlet of New Baltimore.  He retired in 2015 from a career in Historic Preservation, where he was employed by the City of Seattle, an Albany architectural firm, and the New York State Division for Historic Preservation.  While employed by New York State he served as the National Register Program Coordinator, Field Services Bureau Director and Bureau of Historic Sites Director.  He also served as Executive Secretary to the New York State Board for Historic Preservation and as a member of the Erie Canalway National Heritage Corridor Commission.  In addition to history, Mark enjoys sailing, illustration and carving ship models.

David A. Price - Retired from J.P. Morgan, David spent his entire career in various sales and marketing roles. Starting at Pan American World Airways, which provided the opportunity to travel the world, David also served in senior account management roles at DFS, SSC&B and Ketchum advertising agencies as well as his own agency Crew Communications that listed AT&T, Ricoh and Price Waterhouse among its clients. David’s interest in preserving classic wooden boats led to his affiliation with the Hudson River Maritime Museum.

Jack Weeks, MD is a lifelong resident of the Hudson Valley having grown up as the oldest of three very active brothers in Amenia in Dutchess County. Following high school, he served in The US Army from 1969-1971.  He was in Vietnam as an infantry sergeant and medic. He received a bachelors degree from Syracuse University in 1975, and did his premedical studies at Columbia’s College of General Studies in NYC. In 1981 he received  his medical degree from the University of Virginia, where he met his wife Elizabeth (Tebbie). Jack practiced medicine in Kingston as a family doctor for 30 years before retiring in 2014. He was board certified in both family medicine and geriatrics. He attended patients at both Kingston Hospital and Benedicitine where he was chair of the Family Practice Department for a number of years. He was also a clinical assistant professor of Family Practice at NY Medical College, and created the 3rd Year rural Family Medicine Clerkship program in Kingston for the medical school. Jack was on the board of the  Kingston Hospital as well as president of the board of the Hudson River Maritime Museum. He lives in Kingston with his wife Tebbie and daughter Beth. He loves to build things, run his saw mill, sail, and work with the “guys” at the boat school.

Ian Westergren, born and educated in Sweden, spent the first 25 years of his career in journalism as a reporter, editor and foreign correspondent for United Press International overseas and in the United States. He started his own software and information company 30 years ago and is still active as the Executive Chairman of SPW, Inc., also known as The Sports Wire. Ian, a past Commodore of the Kingston Sailing Club, owned his first sailboat as a teenager in Sweden and has been been an avid sailor all his life and is still racing sailboats on the Hudson River and Long Island Sound. He lives on the river in Port Ewen, New York, minutes away from the Roundout marina where he keeps his boat “Puck” – named after the character in Shakespeare’s “A Midsummer Night’s Dream”.

Dale Wolfield has been a Trustee since  2007. She serves as advisory for Vessel Donations/Sales as well as for the Riverport Sailing & Rowing School. She also tends the gardens at HRMM. Past service includes support for the Woodstock Artists Association and Museum where she is a life member. Dale obtained graduate degrees at SUNY New Paltz and is an exhibiting artist with 30 years experience in visual arts education at the secondary and university level. She is active in one design yacht racing and off-shore regattas, and has served as a sailing instructor and captain for local commercial ventures.  Dale is an avid skier and volunteers with the National Ski Patrol in the winter months.

​Shelly Wright is Chief of Staff and Vice President for Communication and oversees daily operations of the President’s Office at the State University of New York at New Paltz. She directs executive and institutional communication and the university’s interaction with its many internal and external constituencies. As Vice President for Communication, Shelly Wright directs the university’s strategic communication efforts. She supervises the Office of Communication and Marketing. A first-generation college student, she earned her B.A. in journalism and German at Wartburg College in Waverly, Iowa, in 1987, and spent her junior year as an exchange student in Bonn, Germany. She earned her M.S. in journalism from Columbia University’s Graduate School of Journalism in 1990. She has completed doctoral coursework in sociology, communication and higher education administration at the University at Albany. She resides in New Paltz with her husband, Lee, who is a SUNY New Paltz alumnus.

Honor Board
If you have ever served on the Board of Trustees for the Hudson River Maritime Museum and would like to join the Honor Board, please contact Lisa Cline at lcline@hrmm.org.